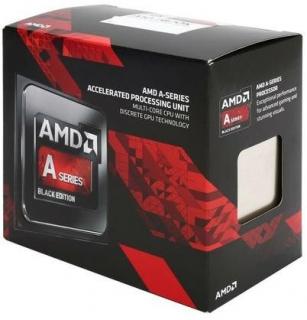 ​A complete solution to eliminate screen tearing without all the usual lag and latency8 for a more seamless viewing experience.

​Take your online gaming to the next level with stunning visuals and seamless gameplay on AMD A-Series Desktop APUs.

AMD A-Series APUs utilize the latest AMD Turbo Core technologies to optimize CPU and GPU performance in your latest applications, enabling up to 4.1GHz of CPU performance to deliver an amazing experience.

Get fantastic performance with GCN architecture

Immerse yourself in leading-edge graphics technology with Graphics Core Next (GCN) architecture from AMD. This third-generation technology enables advanced features and the stunning performance of AMD Radeon™ graphics.10

The new AMD A-Series APUs support the latest graphics APIs to bring next generation games to life. With support for these latest technologies in the latest AMD APUs, you can game at unprecedented levels of performance, with impressive effects and details.10

Revolutionary Heterogeneous System Architecture (HSA) is a new standard in processor design where the CPU and GPU work together in harmony. With HSA, the full potential of AMD hardware is enabled for more efficient performance, so applications are fast and responsive.