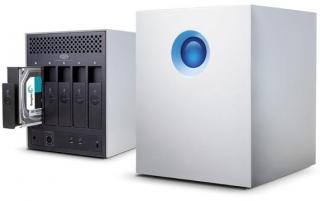 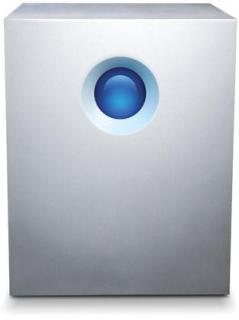 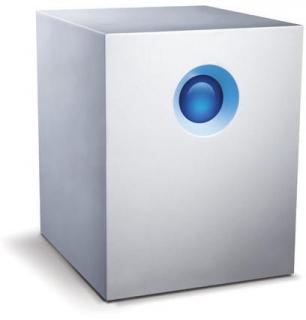 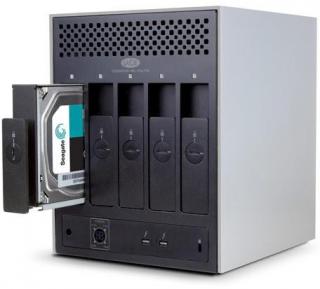 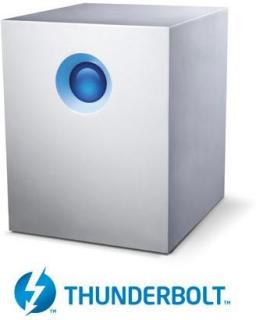 For 4K and other bandwidth-hungry workflows, external storage needs to be fast, secure, reliable, and quiet. The new LaCie 5big fits the bill, delivering Thunderbolt 2 speeds for 4K video editing, up to 30TB capacity, and hardware RAID 5/6 for no-compromise data security. 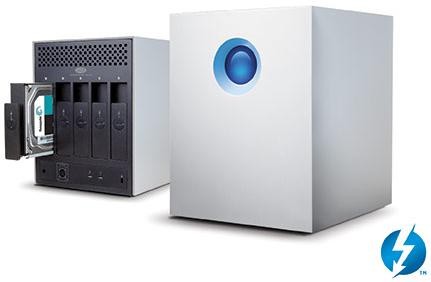 Thunderbolt 2 Speeds for the 4K Era

With Thunderbolt 2 technology, the interface is no longer the performance bottleneck. For the 5big, LaCie harnessed the breakthrough performance potential of the Thunderbolt 2 I/O, squeezing the absolute best speeds out of the hard disks. Add a hardware RAID controller and 7200RPM disks and the result is incredible, sustained speeds of up to 1050MB/s that turbocharge 4K workflows, file transfers, and backups. 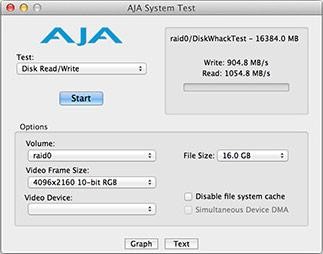 With this kind of speed, videographers can work directly from RAW files in Apple® Final Cut Pro® or Adobe® Premiere®, get maximum quality from footage, and see edits in real time. No need to first convert footage into a lower resolution. Avid® Pro Tools® users will notice incredibly smooth audio mixing, even when working with hundreds of tracks simultaneously. Professional photographers using Adobe Lightroom® or Apple Aperture® can browse through archived libraries of thousands of RAW and edited images with zero lag. 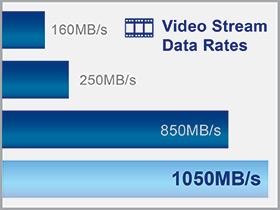 RAID for Speed with Security

The LaCie 5big offers RAID modes 0, 1, 5, 6, 10, and JBOD. Its hardware RAID controller delivers sustained performance, better flexibility, and the ability to connect the product to another computer while keeping the RAID configuration. Preconfigured in HFS+ and RAID 5, it is truly plug and play for Mac® users. And easily customize the RAID mode to suit your needs using the LaCie RAID Manager utility.

RAID modes 5 and 6 provide complete data protection against disk failure, while providing excellent speed and capacity. This is perfect for when you want to use a single storage product for both editing and backup. Even in the case of disk failure, the LaCie 5big’s hot-swappable disks mean zero data loss or downtime.

You could instead choose RAID 0** to maximize speed and capacity for current projects, and then move completed projects to archival storage incredibly quickly. Or, choose JBOD, which allows you to see and use each disk independently. With five working days a week, you can assign each disk to a daily backup. It’s even possible to set up multiple RAID volumes. For example, create both a 3-disk RAID 5 array for current projects, and a 2-disk RAID 1 array for backing up source files and final footage. 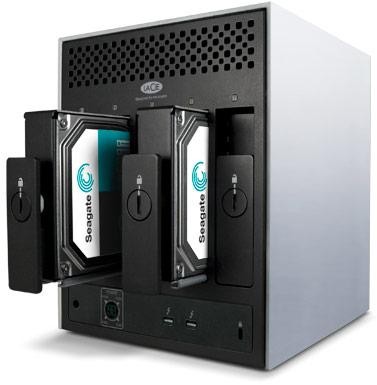 The Most Powerful I/O, Reinvented

Thunderbolt technology redefined external storage with its speed and versatility for bandwidth-intensive applications. Thunderbolt 2 builds on those advances by doubling the speed potential to 20Gb/s and enabling simultaneous RAW 4K video editing and display. And thanks to support for DisplayPort 1.2, it’s now possible to daisy chain higher-resolution displays such as 4K monitors. 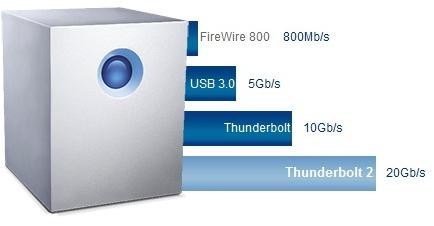 Thunderbolt 2 also continues to support daisy chaining up to six devices to a computer via a single cable (included in the box). For example, you could connect a total of 36 LaCie 5bigs via the six Thunderbolt 2 ports on a single Mac Pro®, enabling more than 1PB (1080TB) and more than 3000MB/s. Thunderbolt 2 even uses the same cables and connectors as first-generation Thunderbolt***. 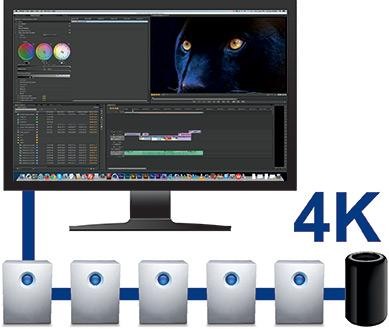 The LaCie 5big has a cutting-edge cooling system that ensures long-term reliability by preventing overheating. It consists of three key components: an innovative heat-dissipating aluminum casing, a Noctua® cooling fan, and jumbo heat exhausts. For the enclosure, a solid-aluminum heat-sink design diverts and dissipates heat more efficiently than plastic casings. 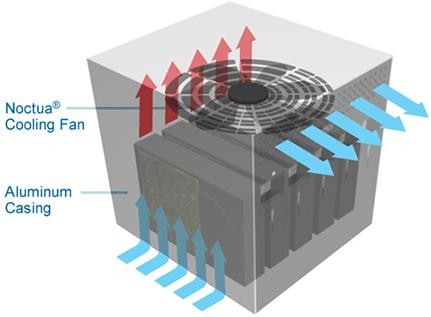 The ultra-quiet Noctua NF-P12 fan pulls heat away from the internal components while producing exceptionally little noise. It’s thermoregulated, so it also controls its speed according to ambient temperature. As a result, the fan works more efficiently while prolonging the product’s lifespan. And for whisper-quiet operation, the LaCie 5big’s heat exhausts direct noise away from the user. Altogether, this professional cooling system makes the LaCie 5big perfect for even the most noise-sensitive creative environments.

In designing the LaCie 5big enclosure, LaCie relentlessly focused on usability for professionals. The front button gives you a convenient way to turn off the product or put it into Power-Saving Mode. A short press spins down the disks, reducing power consumption, without interrupting a Thunderbolt daisy chain. A long press powers down the product completely.

LaCie also bundles the 5big with software solutions for system monitoring, backup, and unauthorized access prevention. Use the LaCie RAID Manager utility to set up email alerts and monitor storage before potential problems escalate. And for professional backup schemes, the LaCie 5big includes Intego® Backup Manager Pro and is compatible with Time Machine™.

* These transfer rates were achieved using AJA System Test when connected to a 13" Macbook Pro® with a 2.4GHz dual-core Intel® Core™ i5 processor and 8GB RAM. Actual data rates may vary depending on operating environment and other factors, such as RAID mode, RAID configuration, and disk capacity.
** Hot swapping will result in data loss in a RAID 0 array.
*** To achieve full interface bandwidth, connect the product to a Thunderbolt 2 port on a computer or device.